Ms. Ida Nakiganda joined the Commission in August 2004 as a Research Assistant and has moved up the ranks as a Human Rights officer…

Mr. Byonabye Kamadi is a Director of Research, Education and Documentation at the Uganda Human Rights Commission based at the Commission’s Headquarters…

Ruth Ssekindi is a passionate human rights lawyer who has dedicated 17 years in the human rights field. Ruth is currently the Director for Monitoring …

Prior to joining UHRC, Ms Nakhumitsa worked with Uganda Railways Corporation as Asst Personnel Officer and as Administrative Assistant with Meat Master Plan Study under the MAIF.

She joined UHRC in 2002 as Investigations Officer at Mbarara Regional Office until November 1st 2007 when she was promoted to a Regional Human Rights Officer and transferred to head Jinja Regional Office.Her areas of interest include: Rights of children, Peace and conflict prevention and resolution

Rights of women; and Rights of detainees 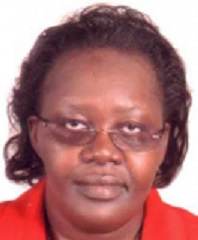 Ms. Ida Nakiganda joined the Commission in August 2004 as a Research Assistant and has moved up the ranks as a Human Rights officer, Regional Human Rights officer and Director. She previously served as Director in charge of Research, Education and Documentation before her current deployment. 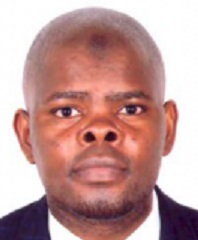 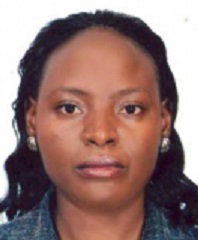 Ruth Ssekindi is a passionate human rights lawyer who has dedicated 17 years in the human rights field. Ruth is currently the Director for Monitoring and Inspections with the Uganda Human Rights Commission, a position she has held for four years where she is charged with ensuring UHRC’s monitoring of the human rights situation in Uganda, and monitoring Government’s compliance with international treaty and convention obligations.

Prior to this, Ms. Ssekindi spent 12 years as Director of Complaints, Investigations and Legal Services, where she investigated, mediated and offered redress in thousands of cases.

Ruth was also a part-time lecturer at the Uganda Christian University, where she taught Criminal Law and Human Rights Law. She is a Uganda Law Society (2017) award winner of best human rights defender of the year. She was also selected by the ULS as one of the best eleven female lawyers in Uganda who had been able to tread the murky waters of law and stand out in a profession dominated by men. She has been a champion in the prevention against torture in Uganda and Africa and is an internationally recognised expert of international law and torture prevention. 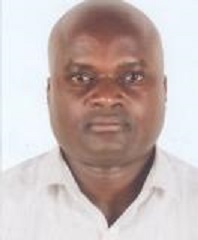 Wilfred Muganga Asiimwe – Regional Human Rights Officer (Head) – Central. Mr Asiimwe has amassed great experience in human rights protection and promotion. He is a consultant, an expert and very resourceful in the promotion of human rights based approach to development.

He has been at the fore front of integrating the Human Rights Based Approach to Development in the planning and implementation processes of UHRC, government agencies and nongovernmental organizations. At UHRC, he is currently since November 2011 serving as the Regional Head for Central Region responsible for Kampala Metropolitan and the districts of Mityana, Mubende, Kiboga, Nakasongola, Luwero, Nakaseke, Buvuma, Buikwe, Mukono, Wakiso, Kayunga, Mpigi, Butambala and Gomba. Previously, he served in the same capacity in Mbarara (2007 – 2011) and Soroti (2005 – 2007). He had earlier on served as a Human Rights Officer in the Directorate of Monitoring and Treaties at head office. This experience spans from 2002 when he joined the commission.

Mr. Asiimwe holds a Masters in Development of Dublin City University (Ireland), PGD in Computer Science and Bachelor of Arts of Makerere University, Diploma in Education of Kyambogo University and various certificates in different fields related to development and human rights.

Mr. Asiimwe has a passion for development process and he is currently a member of the national committee responsible for integrating HRBA into the National Development Plan II with the National Planning Authority.

He has contributed to the development of this country through the protection and promotion of human rights, coordination of the civil military coordination centers during the disarmament process in Karamoja, documentation of the national human rights situation through the commission annual and periodic reports. As a member of the editorial board, Mr. Asiimwe contributed greatly to the research, compilation and production of the commission reports on ‘Oil in Uganda: Emerging Human Rights Issues’ ( 2013), ‘The Search for Peace and Development in Karamoja’ ( 2008) and ‘ Implementation of the right to adequate food in Uganda’ (2006). He is a member of the board for a number of educational institutions in his home area. Mr. Asiimwe can be contacted at asiimwe@uhrc.ug or +256 701 032 282