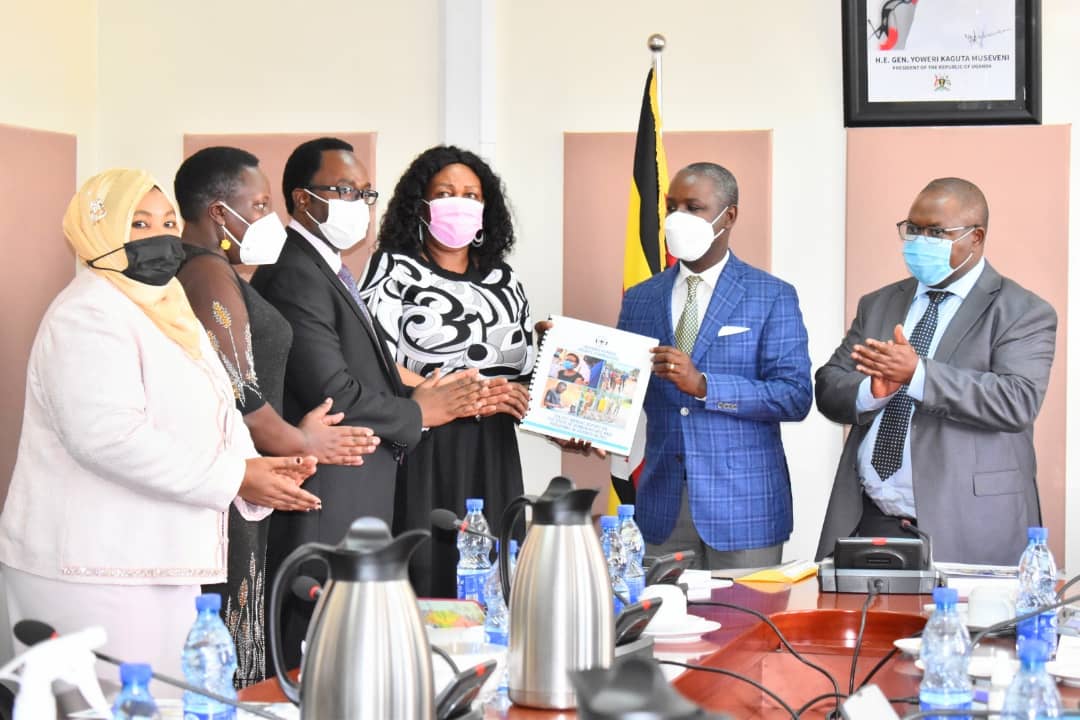 This year’s 24th Annual report which was launched yesterday (June 13, 2022) at Sheraton hotel has been well received by stakeholders in the protection and promotion of human rights. Of particular interest was the focus on the human rights situation on Buvuma and Kalangala islands, which according to Dr. Zahara Nampewo the executive director of the Human Rights and Peace Centre (HURIPEC) is in line with Social Development goals’ agenda 2030 of leave no one behind.

“It shows that human rights is not for the upmarket people or the well to do people alone but also the people in ghettos and islands so nobody should be treated less than others,” she said.

The UHRC dedicated an entire Chapter 3 of the report to assessing the human rights situation on the two islands and among the issues of human rights concern was that of transport which the report described as “prohibitively expensive and fraught with risks,” the right to education where Kalangala was found to be among the worst performing districts in National Exams at all levels, inaccessibility of health services where the UHRC found that on top of having very few health personnel, the referral system on the islands even for expectant is very costly since patients have to food transport, ambulance and other attendant costs. The other issues include high HIV/AIDS prevalence rate given that there is a high number of male than female, congestion in police cells, UPDF operations on the lake, poor housing and accommodation among others. Among other recommendations the commission noted:

“The Ministry of Health should upgrade Buvuma Health Centre IV and Kalangala Health Centre IV to hospital status and increase the staffing in various health centers. In the same vein, the state of the health facilities should be improved and additional ones constructed to enable islanders to have better healthcare access.”

In her opening remarks at Sheraton, the Chairperson Ms. Mariam Wangadya welcomed the commitment from the Speaker and the Human Rights Commit of Parliament in ensuring that the recommendations in the report are implemented by the respective ministries, departments and agencies (MDAs). She also thanked the general public for participating in this launch.

“I thank you all for honoring our invitation and joining us both physically and virtually via zoom and other social media platforms. Your participation in this launch points to an understanding of the importance of human rights in the development of the country,” she said before she and Commissioners; Hon. Chrispin Kaheru, Hon. Shifra Lukwago and Hon. Jacklet Atuhaire launched the report. They were joined by the UN Country Rep. Office of the High Commissioner for Human Rights (OHCHR) Mr. Robert Kotchani.

The report was first presented to the speaker of Parliament in the morning before it was presented to the public at Sheraton Kampala Hotel. The presentation to the public was done based on chapters whereby Commissioner Chrispin Kaheru highlighted the contents in Chapter one and two, Commissioner Atuhaire; chapter three, four and five while Commissioner Lukwago presented Chapters six, seven and eight. The rest of the chapters were presented by Ms. Ruth Sekindi, the Director of Monitoring and Inspection directorate which led the preparation of this report.

The report also had an entire chapter one discuss COVID 19 and its effect Fake COVID-19 vaccines, Mandatory vaccination, Mental health, The right to education, Increased domestic burden on women, Domestic violence, Misinformation among other issues.

In Chapter two, the Commission dealt with externalization of labor in the Middle East and noted that Migrant workers and critical stakeholders still have limited information on the laws and processes of recruitment and management of migrant workers. The Commission also noted human trafficking, use of unregistered employment agencies or brokers by some migrant workers destined to countries that have bilateral agreements with Uganda, travelling on visitors’ visas and overstaying in destination countries which put migrant workers in situations where they are highly vulnerable to mistreatment, violence, enslavement, isolation and even murder.

The Commission also discussed extractive industries in Karamoja sub-region in Chapter 4 of the report, noting the need for the amendment of the Mining Act and related policies by facilitating and supporting community consultations and dialogues on the review of the mining regulatory and legal framework.

In Chapter 5 the report dealt with enforced disappearance and had a list of missing persons provided by government and another list of missing persons from the opposition National Unity platform (NUP). Among the human rights issues noted was; freedom from torture and ill-treatment, deprivation of the rights to fair and speedy hearing, denial of access to outside world, among other issues.

The report also analyzed the plight of refugees in Uganda in Chapter 6 where it was noted that many refugees stay in slams of Uganda and congest themselves in one room and some especially from Democratic Republic of Congo and South Sudan have not identifications. It was noted that many urban refugees are exploited in the labor market because they are not given contracts and are exploited through summery dismissals without pay.

The other issue the report focused on was Juvenile Justice in Uganda which was canvased in chapter 7. It was noted that like adults, children engage in delinquent behaviors that contravene the existing laws, exposing them to the justice system. Accordingly, 27% of children in Uganda had been exposed to crime by July 2017. “UHRC notes the great strides registered concerning the provision of free legal aid services to juveniles in the country. A total of 699 children in conflict with the law consisting of 546 boys and 114 girls from Kampala, Jinja, Iganga, Masindi, Mbarara, Kabarole, Adjumani and Lira were provided with free legal and counselling services,” the report notes.

In Chapter 8, the report assessed access to electricity in Uganda and discovered that It should be noted that the electrification rate currently stands at 57%, with only 19% on the grid and 38% off the grid.

The 9th Chapter dealt with emerging human rights issues and noted disarmament in Karamoja sub-region, Social media, banishment of persons from communities in the Acholi Sub-Region in 2021, terrorism attacks and teenage pregnancies.

The Commission also highlighted its interventions in 2021 which included; complaints management, conditions in places of detention, Human Rights and Civic Education as well as finance and administration in the financial year 2020/2021. These were all highlighted in chapter 10.

In the second-last chapter 11, the Commission gave its position on selected Bills currently before parliament before winding up with chapter 12 which gives updates on Uganda’s reporting to international and regional human rights mechanisms and ratification of treaties.

During plenary the Equal Opportunity Commission through its Head of Compliance and Enforcement also appreciated the UHRC for this report especially for finding the 64 of the 69 people whose whereabouts are unknown. The public launch was moderated by NBS news achor Samson Kasumba and was broadcast live on NTV and other social media platforms like zoom.

Commissioner Lukwago gave the closing remarks appreciating the invited guests for turning up.

UHRC vouches for informed consent of donor in Human Organ Donation and Transplant Bill, 2021
A word to my Kenyan brothers and sisters ahead of  their election
UHRC Commiserates with Japan over Assassinated Prime Minister
Journalists urged to embrace digital era