Hon. Meddie B Mulumba is one of the two new Members who joined the newly appointed Members of the Commission of the Uganda Human Rights Commission… 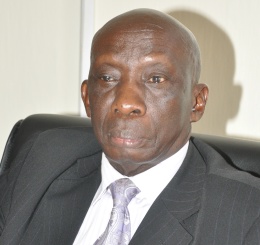 Dr Katebalirwe Amooti Wa Irumba was re-appointed as a Member of the Uganda Human Rights Commission which was inaugurated on Friday 5th February 2016 after serving.

Hon. Meddie B Mulumba is one of the two new Members who joined the newly appointed Members of the Commission of the Uganda Human Rights Commission. 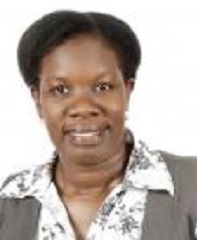 Dr. Patricia Achan Okiria joined the Uganda Human Rights Commission on Tuesday 26th March 2019 after she was sworn in as a Member of the Commission. She joins the Commission, from the Ministry of Works and Transport where she worked as a Policy and Legal Advisor mainly in charge of legislative drafting for transport policies and laws; a post she held from 2016 to the time of appointment to the Commission.

Dr. Okiria is an accomplished lawyer who holds a Doctor of Laws (LLD) in International Human Rights from the University of Pretoria, South Africa; Master in Laws (LLM) in Human Rights and Democratization from the same University and Bachelor of Laws (LLB) from Makerere University, Uganda. She also holds a Post Graduate Diploma in Legal Practice from the Law Development Centre, Uganda and is an enrolled advocate of the High Court of Uganda.

Her elaborate work experience has seen her serve in the Directorate for Ethics and Integrity for over six years from 2010 to 2016 as the Principal Legal Officer and later Acting Director for Legal Services.

Dr. Achan is no stranger to the Commission service having served it in the early stages of her career, starting as a Volunteer in 2001. She left briefly to join Africa Rights where she worked as a Research Consultant in Kitgum, Gulu and Katakwi districts on monitoring the human rights situation in the IDP camps before she returned to the Commission in 2002 to serve as Human Rights Officer based in Kampala. She was later promoted to Senior Human Rights Officer; a position she held until she left the Commission in 2009 to join the Department for Ethics and Integrity.

Dr. Achan has also served in the Ministry of Works and Transport as Policy and Legal Adviser where she got vast experience in legal matters given her record of successfully executing assignments in this area including drafting legal opinions and serving as a Task Force member to the Committee on the Revival of the National Airlines and later member of the implementation and Management Team. She participated in the process that led to incorporation of the Uganda National Airline Company in 2018 and has led the process that developed a number of Transport Policies and Regulations.

Dr. Achan is also credited for leading the process of simplifying the Anti-Corruption Laws, developing the Citizens Handbook on Anti-Corruption and initiating the development of the Anti-Corruption Training manual for law enforcement agencies. She made significant contribution by completing the preparation of several key anti-corruption legislation in Uganda which included: The Leadership Code Amendment Bill 2016 and the Whistle Blowers Protection Regulations of 2015 as well as participating in the dissemination of anti-corruption laws to 68 Districts in Uganda.

Dr. Achan has also written a number of publications to her name including: “Unpacking the Right to Participation for the Batwa Indigenous Minorities in Uganda, 2014 EAJPHR Vol 20”; “The Best Practices on State Reporting;” and “The IDP Crisis in Africa: Implementation of the National and International Law on the child Marriage Phenomenon in Northern Uganda,” which was for the partial fulfillment of the award of Masters of Laws Degree at the University of Pretoria, South Africa, among others.  She also made a presentation on the “Situation Analysis on the Civic Rights with regard to Political Participation of Women and Men at the National Level (1995 – 2007)”at the African Commission session in May 2007; “The 1995 Constitution of the Republic of Uganda as a backbone to the Anti-Corruption Laws;” and “National Ethical values as a tool to ensure Accountability in Public Service.” Other presentations by Dr. Okiria were on “The Role of the Public Service Standing Orders and Regulations as a tool to Ensure Accountability” and “Promoting Good governance as a tool to fighting Corruption in Uganda” among others.

At international level engagement, she is again credited for her role as a review expert (Reviewer) representing Uganda on the Legal Committee of the International Maritime Organization (IMO) on maritime issues and on the Board of Review Experts in the implementation of the United National Convention against Corruption (UNCAC) under which countries like Togo were reviewed for compliance in 2011.

Dr. Achan’s return to the Uganda Human Rights Commission at the policy making level is very timely and will make a tremendous contribution that will  add value to the Commission given her vast knowledge, expertise and experience in Human Rights national and International law, legal drafting and administrative skills. 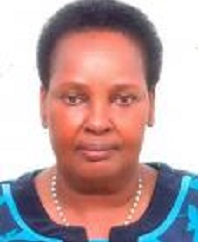